On 28th January 2023, several teams took part in a pub crawl maze in the city of Lancaster, UK. The maze started and ended at the Tite & Locke pub at Lancaster train station, the aim being to get back there whilst incurring as few penalty points as possible (points being awarded for failing to consume the correct drink in each pub). The maze took in eight pubs in total: Tite & Locke, The Three Mariners, The Sun Hotel, Merchants 1688, Ye Olde John O'Gaunt, The Jailor's Barrel, The Borough Hotel and The Tap House (plus an unexpected visit to The White Cross because I hadn't realised The Tap House was opening late that day). The original set of instructions for the maze is still available, if you want to see how it works. Here is the full map of the maze, which was revealed to the teams one sector at a time on the actual day of the competition: 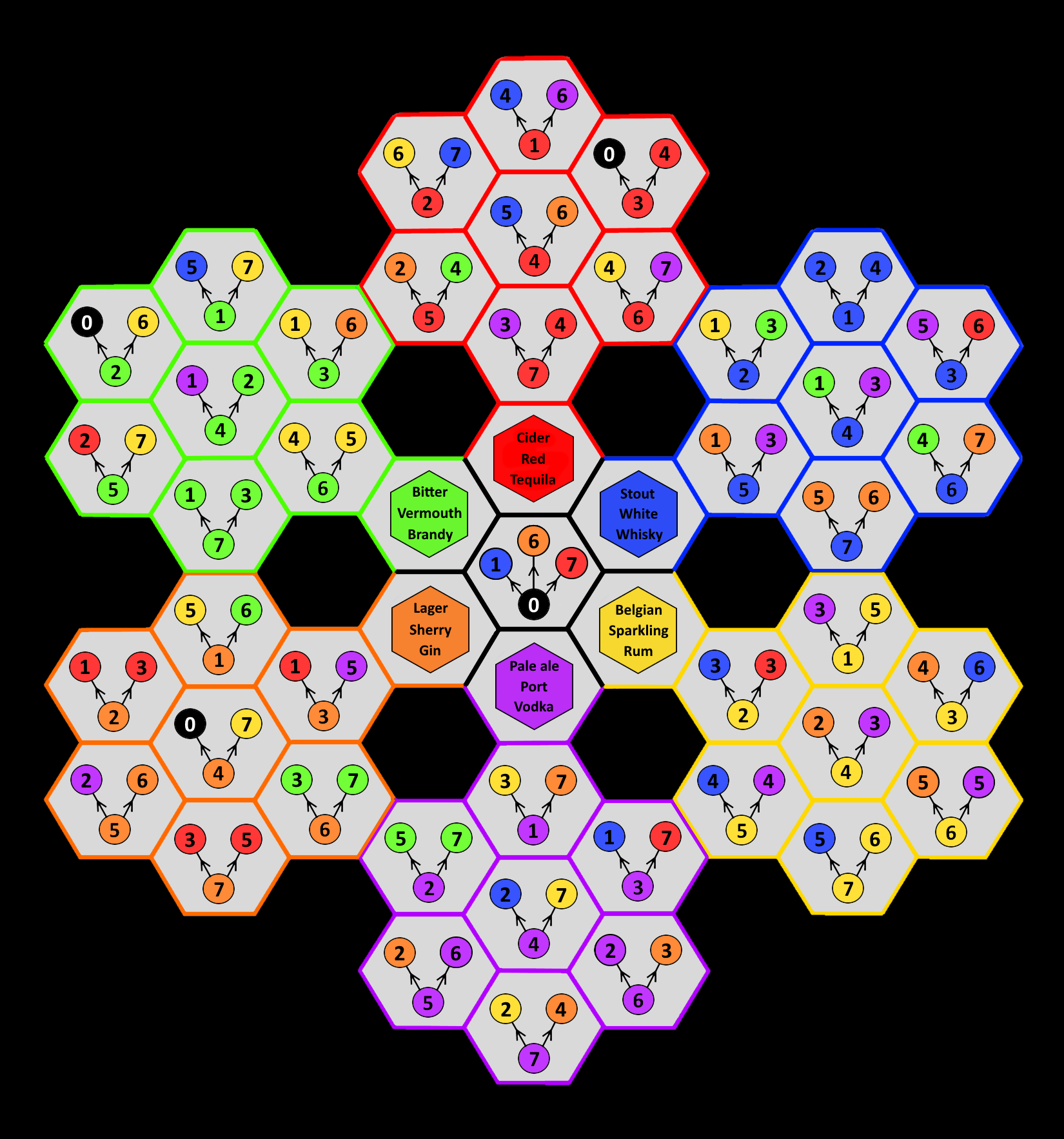 The aim was to get from the black 0 at the centre of the maze to one of the three other black 0s, by following the arrows. As usual, the event was really competitive, with lots of acerbic inter-team banter. The winners of the event were:

The shortest route through the maze was eight moves and all three teams that took part completed the maze: The Alex Ritchie Project eschewed most of the bonuses available and motored back to Tite & Locke in a breezy fourteen moves, ending up with a net penalty score of minus two; Team Noncaver took nineteen moves, finishing on minus six; and Miles Away also finished in nineteen moves, but with a superior net penalty score of minus nine. Dalek finished his round with a phenomenal score of minus six in the individual competition – a far more impressive feat than any of the Paris-Brest-Paris cycle events he's completed. Special mention must also go to Tom Clayton, who has been a member of the winning team in both of my pub mazes so far. Can he make it three out of three next time?

Anyway, well done again to everyone who took part and here are some pictures that give you an idea of the vast array of drinks consumed over the course of the day: 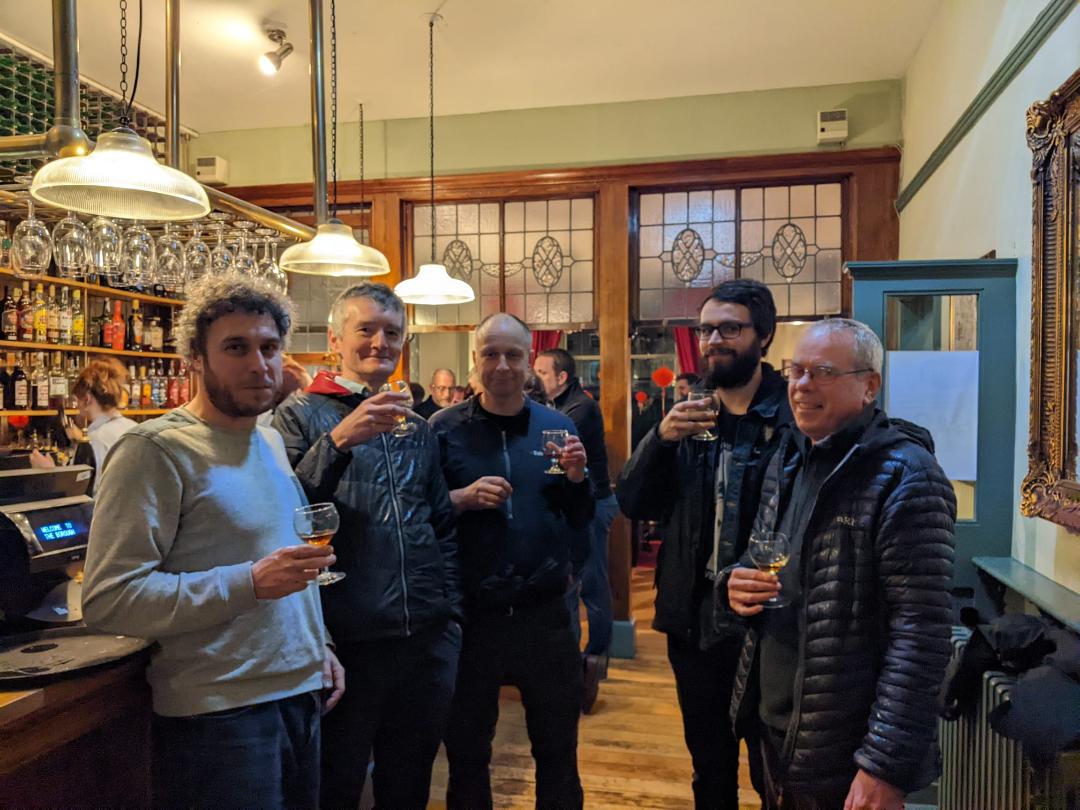 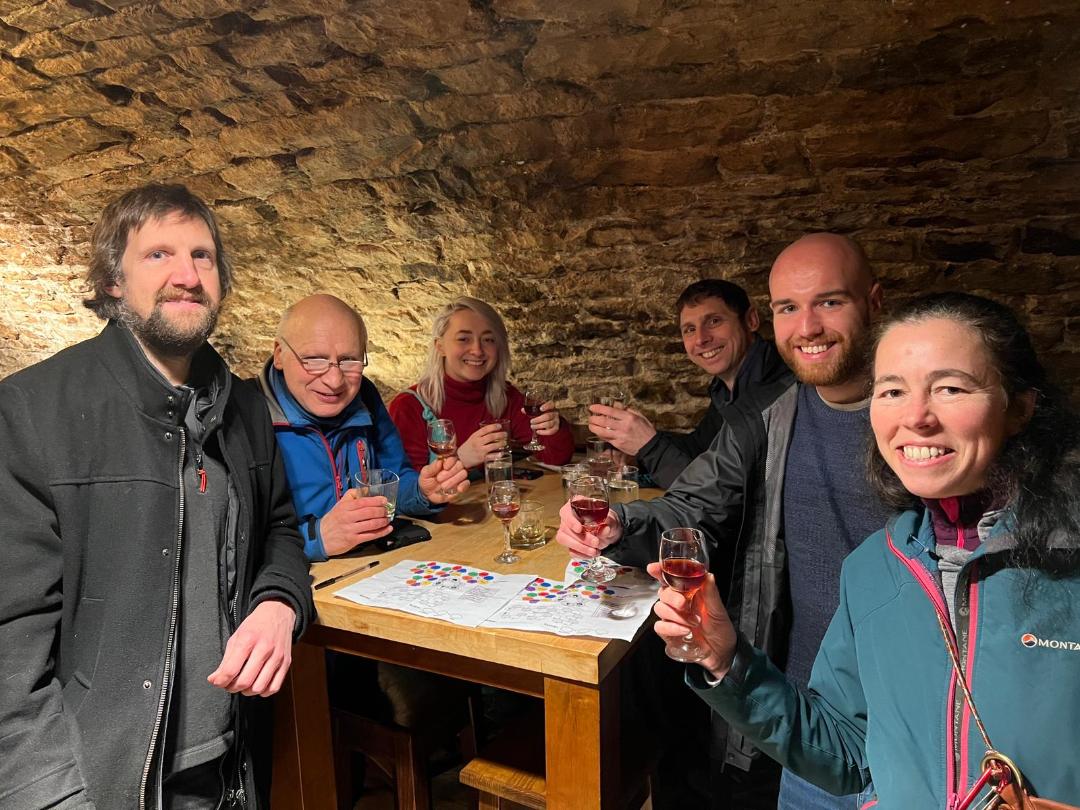 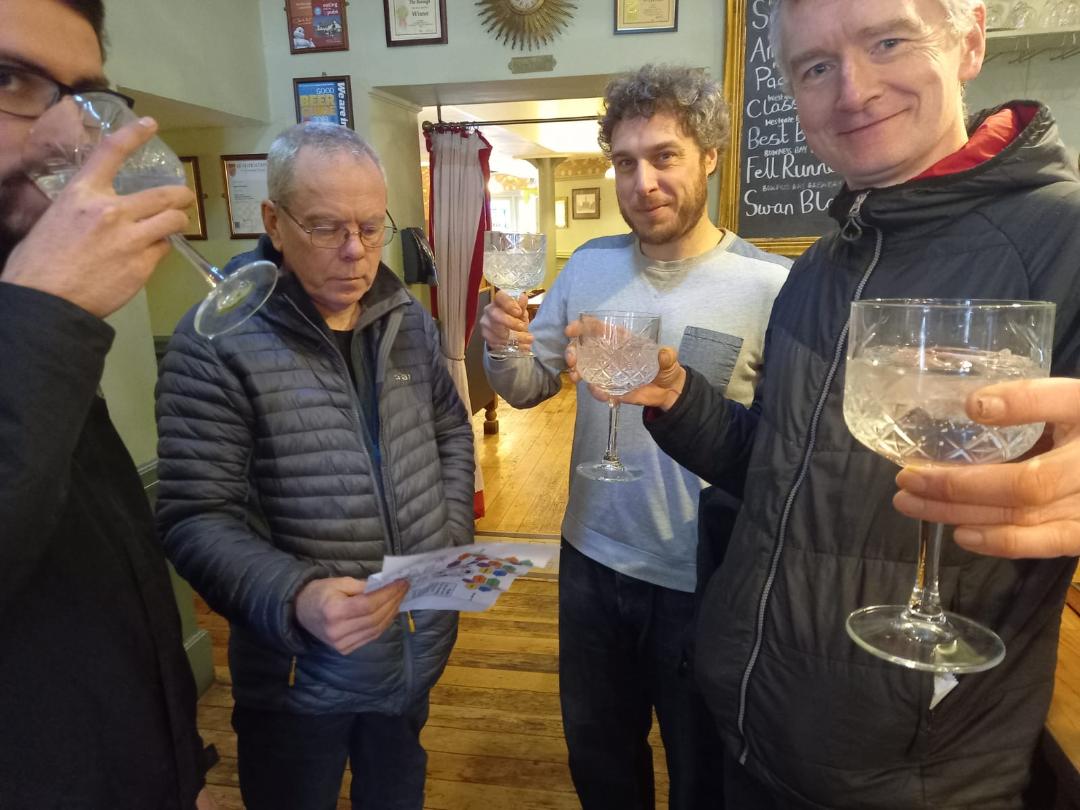 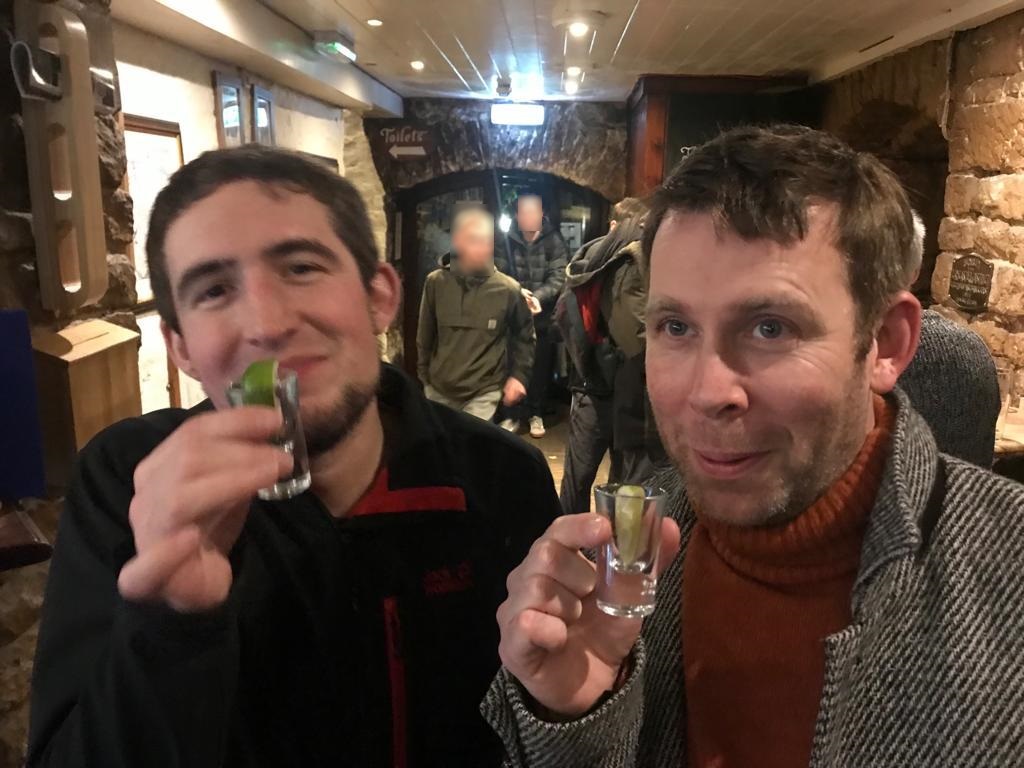 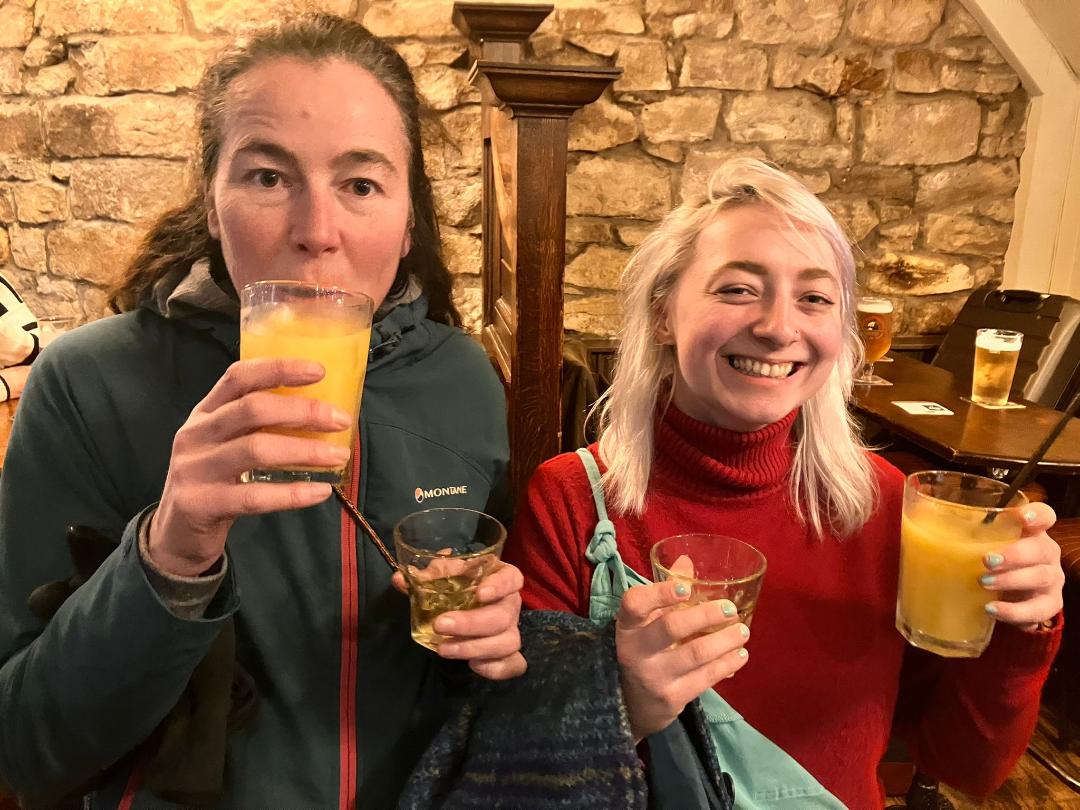 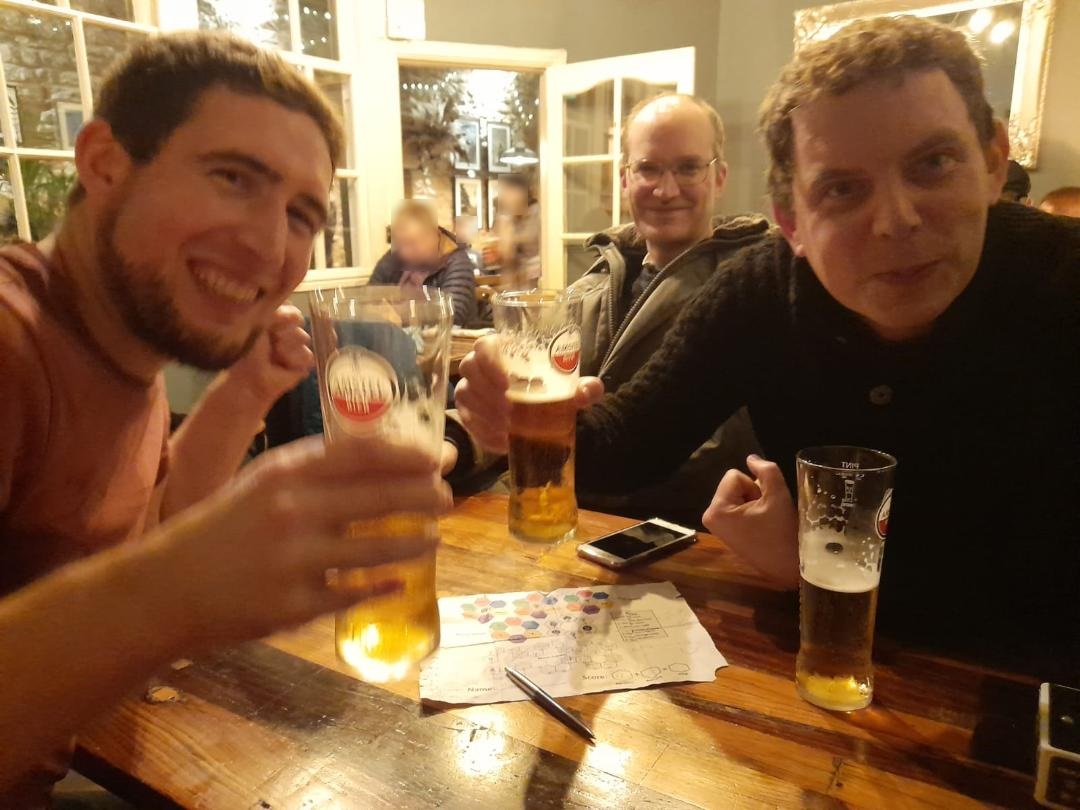 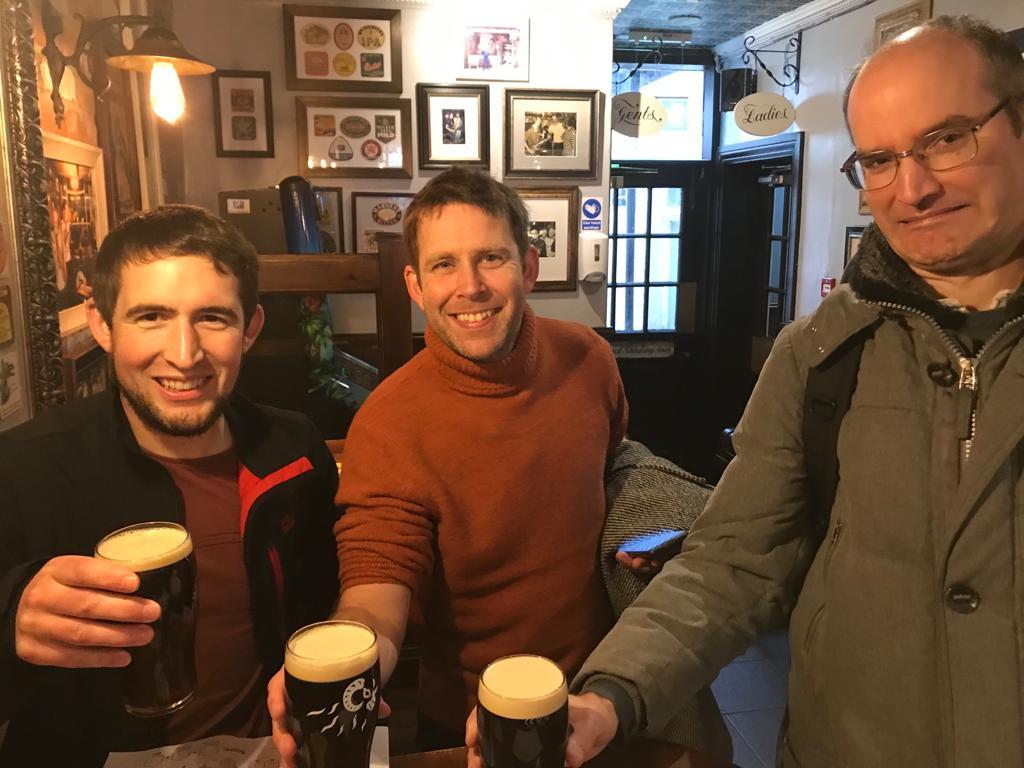 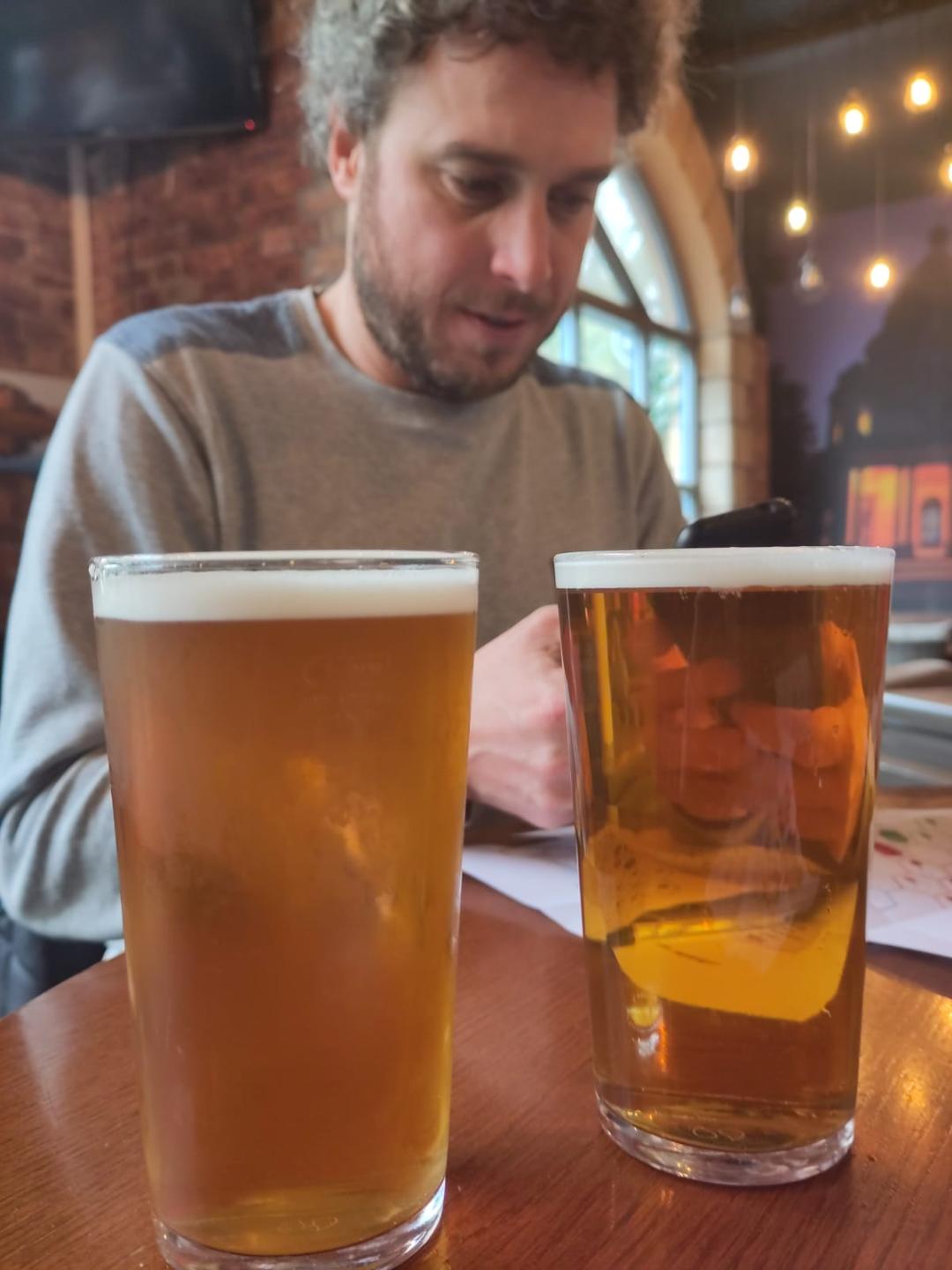 And finally, here is a really amazing video summary of the day's events, put together by Gracie Sharp, from the winning team. Thanks Gracie!