On 12th March, 2022, four teams of four took part in a pub crawl maze in the town of Kirkby Lonsdale, Cumbria, UK. The maze started and ended at The Royal Barn, the aim being to get back there whilst incurring as few penalty points as possible (points being awarded for failing to consume the correct drink in each pub). The maze took in seven pubs in total: The Royal Barn, The Royal Hotel, The Snooty Fox, The Red Dragon, The Kings Arms, The Sun Inn and The Orange Tree. There were seven clues, one for each pub, each being revealed on the first visit to the pub in question.

Great fun was had by all and the winners of the event were as follows:

Whilst the shortest route through the maze visits a mere six pubs, Team Horribly Sweary's solution was slightly longer, taking in thirteen:

Admirably, they completed the course with each team member skipping only two or three of the designated drinks! Sam even had a sneaky extra half-pint in one pub because his team mates were taking too long to decide where to go next. To celebrate, they went for more beer at The Pheasant Inn and The Barbon Inn, on the way back to where we were staying.

The other teams all managed to solve the maze as well, but either ran out of time or accumulated more penalty points than Team Horribly Sweary. One team managed an impressive seventeen pubs before they ran out of time!

Anyway, well done again to all the winners and here are some lovely pictures of the day's festivities:

Owen began the day sharply but lost focus towards the end.
© Helen Mansley 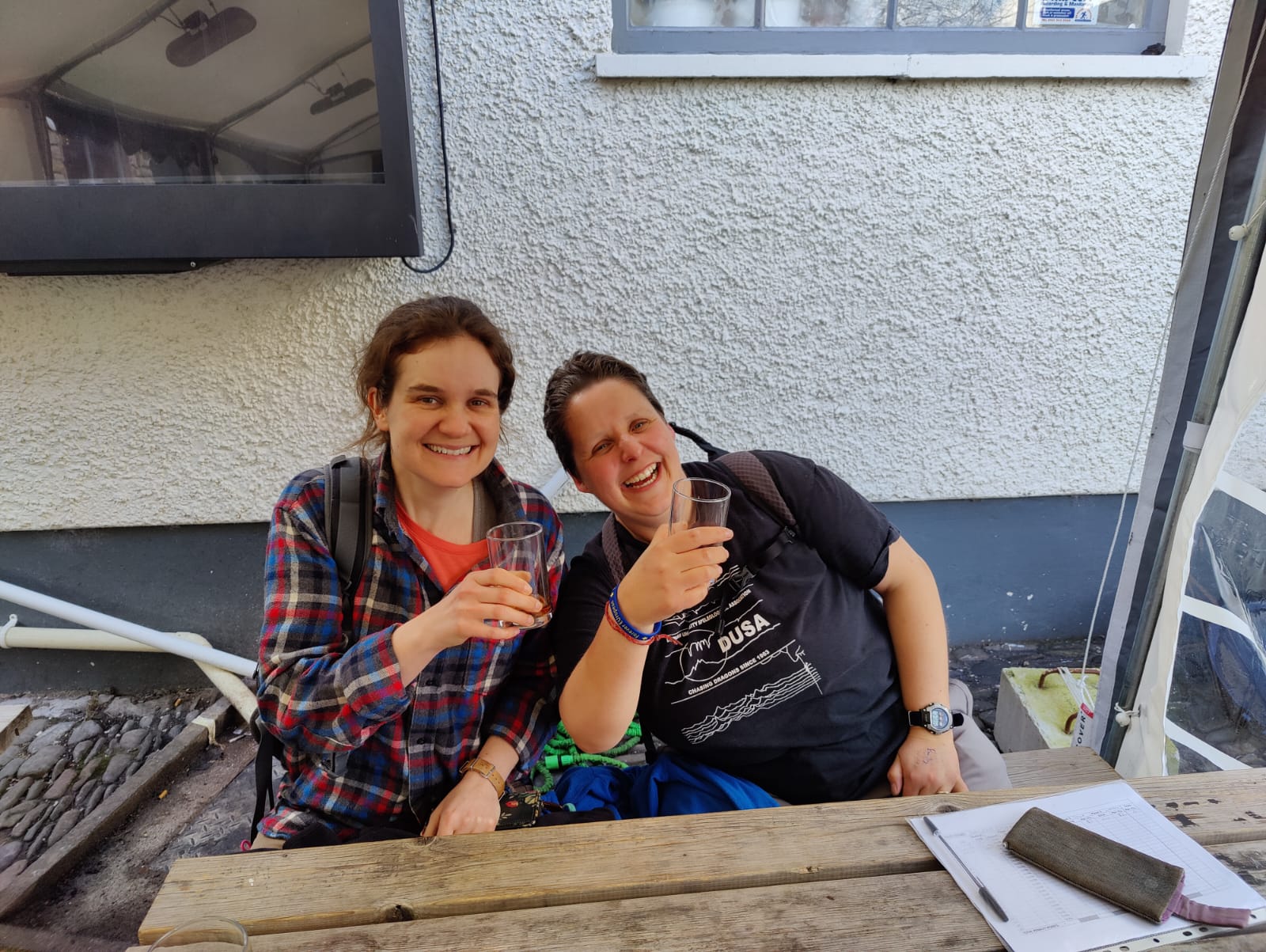 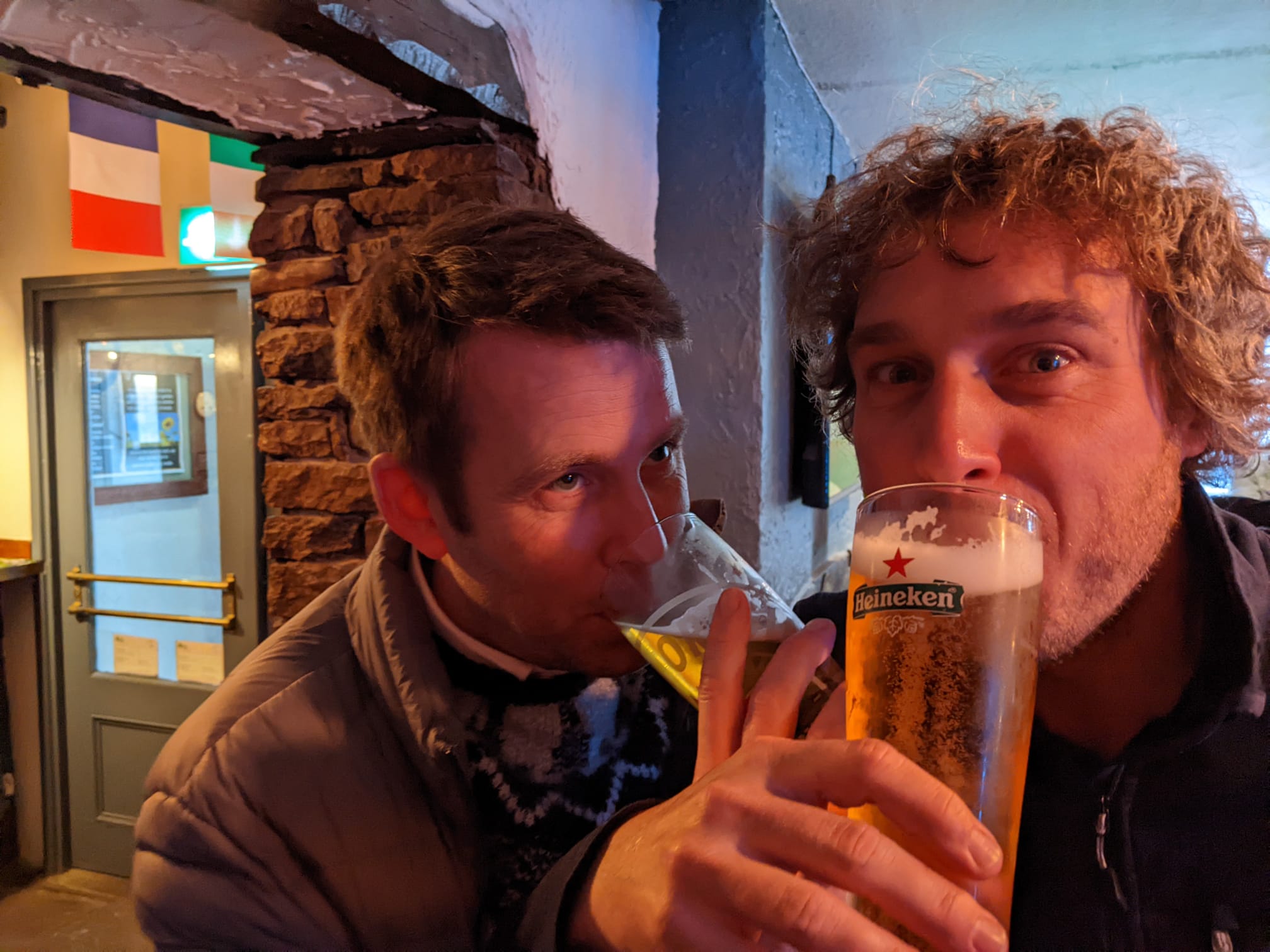 Neck and neck in the tie-break.
© Chris Scaife 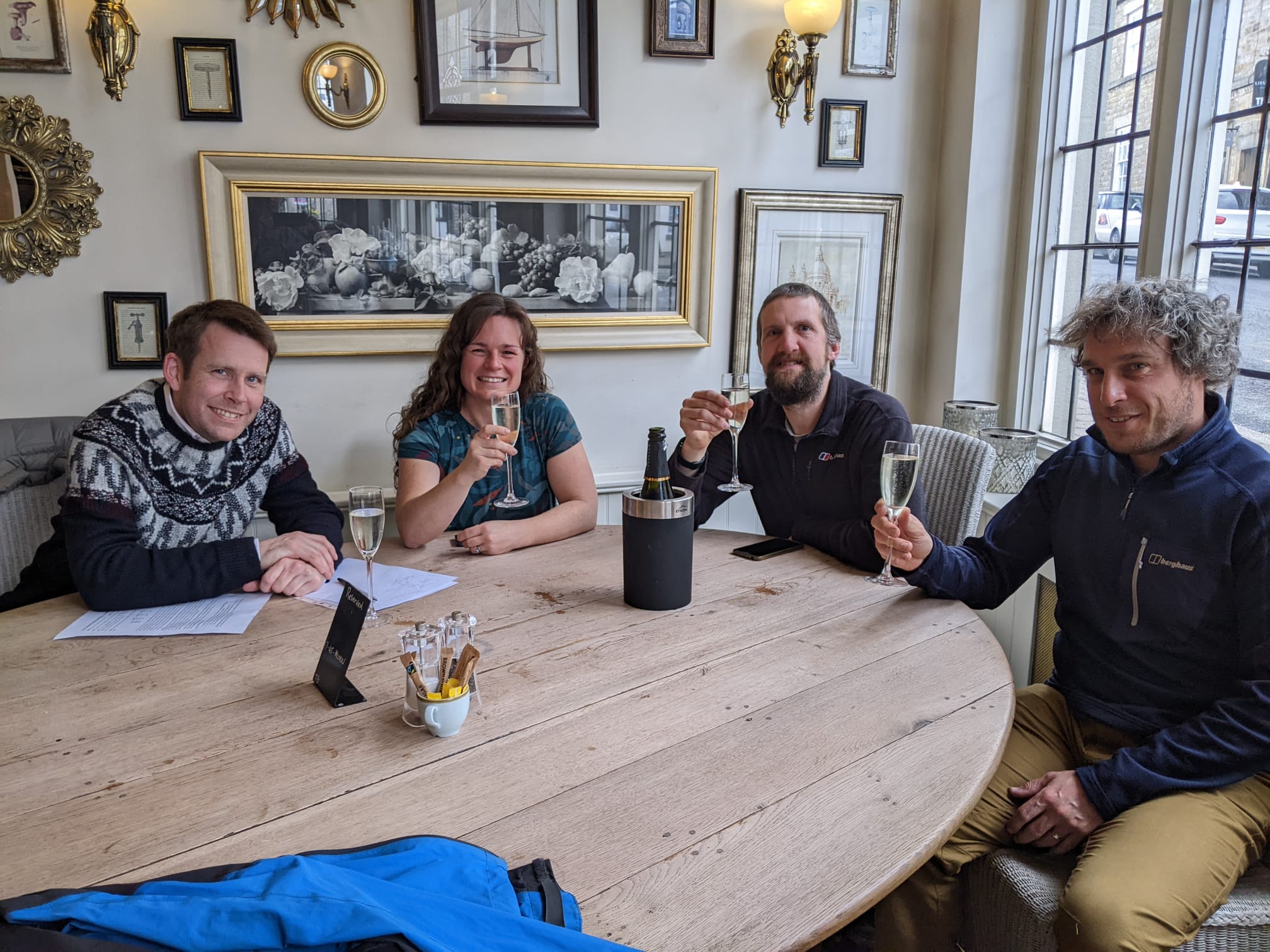 The winning team celebrate with a magnum of vintage Krug, courtesy of Tom.
© Chris Scaife 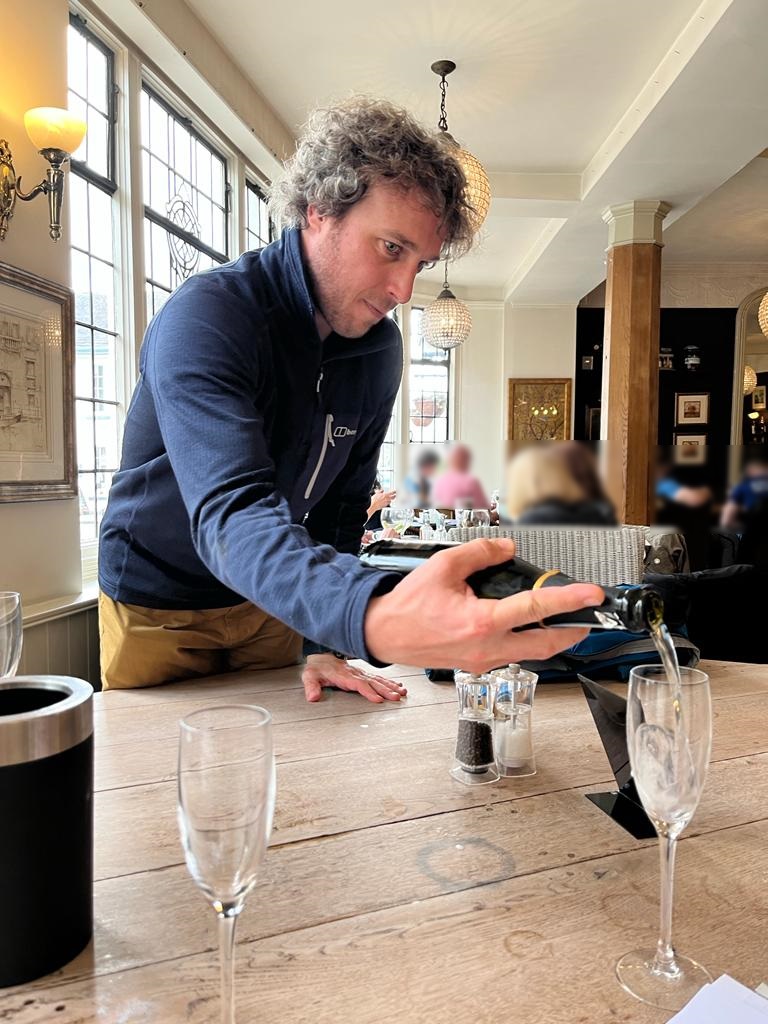 In real life, Chris is a professional sommelier.
© Avelina Wright